Back to all posts

For the Love of Music 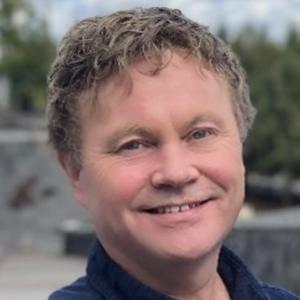 A Few Personal Notes, So to Speak

Although my passion for space has been my primary focus for decades, it might come as a surprise to most that my entrepreneurial roots are actually in music. Both my parents were professional musicians and I grew up in and around live music and theater in my hometown of Toronto, Canada. I found a trumpet under the Christmas tree when I was 13 and with some good fortunes of nurture and nature I started playing professionally while still in high school. On occasion I was invited to play 3rd or 4th book in orchestra gigs with my dad, a prominent trombonist with perfect pitch. In orchestra staging, trumpets sit behind the trombones. Terrifying. With help from my parents I put myself through university playing in pop and rock cover bands, including my own, in and around the Toronto music scene. Yup.

With a few exceptions, a career in music involves DIY entrepreneurship in a highly competitive industry. I was lucky to have exposure to the professional music scene from a young age, often tagging along with my father to Toronto’s Sony Center (back then the “O’Keefe Center”) where he spent much of his career in the lead trombone chair of the house orchestra. Music was everywhere in my life as a kid and I routinely met stars of music, movies and stage, thinking nothing of it. It was a very privileged starting gate for a young musician, and I am sure that everyone who knew me back then expected me to take the golden path open to me to pursue a career in music. But there was another calling.

While music was my defining influence and landscape as a kid, I was also a closet geek with an affinity for space not shared by anyone around me. I never imagined that an actual career in the space industry was even a thing if you didn’t work for NASA, like my hero Buzz Aldrin. So I was lonely in my love of space, having only the pages of futuristic publications like Omni Magazine and sci-fi novels to quietly feed that passion as I progressed my way through a more practical engineering education in university. Then in one fateful edition I saw a letter to the editor from another like minded space geek kid down at MIT named Peter Diamandis. Peter was expressing frustration with the slow pace of the US space program and wanted to do something about it. It was an eye-opener. I wasn’t alone, it turned out. There were at least two of us. So I typed out a letter to Peter - an actual letter, on paper - and mailed it to him. A few weeks later I got a phone call, and that was the pivot point from music to space. And as some have heard, this fateful ‘first contact’ is part of the ‘origins’ story of the Students for the Exploration and Development of Space (SEDS). I think it was the first and last time that I ever told Peter he wasn’t thinking big enough when I suggested that SEDS should be an international organization. He agreed instantly, and “SEDS International” was born. Some months later we heard from a George Washington University student named Todd Hawley, who had even bigger ideas. The three of us became inseparable.

In the ensuing years, we built SEDS and created the Space Generation Foundation, out of which we sprang the International Space University on an unsuspecting world. It was all-consuming, with (in our minds) the fate of all humanity and perhaps the entire universe hanging in the balance. There was no room for self-indulgence in anything personal other than our mission to help transform the future into something we were excited about and believed was a zero or one choice for the future of humanity. I grew distant and estranged from my music world and never recovered that ‘other’ part of my life... until a few years ago, when it arrived back in my life in an unexpected and unequivocal way.

Music probably would have remained a lost part of me had it not been for having my eyes opened to the interconnectivity of music and space in ways I had not appreciated. Despite being immersed in both at separate times in my life, I didn’t understand the real connectedness of space and music. The key, so to speak, was not ephemeral, it was actually ephemeris. ISU played a role in igniting this cognitive shift. But that’s a story that deserves its own headline.

The Rise of Artemis Music 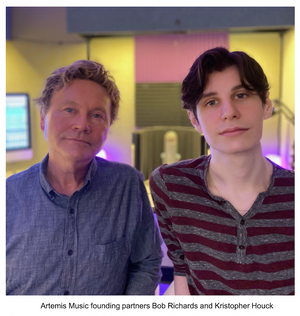 Artemis Music was founded in 2019 to help NASA with the (re)branding of its new Moon-Mars program by embracing popular music and encouraging space-loving artists to reach out to Millennial and Generation Z's who view the legacy of Apollo as ancient history. Thanks to my co-founding partner being a Gen Z-er himself and a low-key space cadet with a psychology degree (and by the way the person singularly responsible for bringing music back into my life), we had first hand advice for NASA on social and sonic relevance that reached the receptive ears of its senior leadership. Fortuitously the god Apollo has a twin sister named 'Artemis', who happens to be the goddess of the Moon. NASA aptly named its new Moon-Mars program Artemis, and we're now in the era of the Artemis Generation.

After completing the first phase of a contract with the Kennedy Space Center Visitor Center on conceptual design of an ‘Artemis Music Theater’, COVID happened, putting our work with NASA on hold. Plan B became Plan A and we accelerated our plans to broaden the company into an artist-friendly independent record label and publisher to support the empowerment of indie musicians, songwriters & artists in a new era of DIY music (starting with Kristopher as the guinea pig). In creating the Artemis Music ethos, we embedded the same core social values of diversity and inclusivity that we had encouraged NASA to embrace in its search for relevance to younger generations.

Artemis Music has been incubating for a couple of years now and is just beginning to move out with its business plans and strategy. Central to it all is utilizing technology to simplify a complex business landscape and help independent artists, songwriters and musicians connect and deliver their music most efficiently and effectively to audiences worldwide (and beyond). As part of our strategic growth we became founding investors in SPACE HERO, a global reality TV show under development that will award the winning contestant a trip to the International Space Station. Music is a big part of the show, as it should be. We hope to be able to unveil more details soon. Stay tuned.

Our love of space also keeps us connected with NASA and as the pandemic subsides we hope to continue our contracts to help NASA sonically brand itself to resonate with the Gen-Z / Millennial Artemis Generation -- a powerful political and soon economic demographic with values far different than the Apollo generation that defined the early NASA. To the Artemis Generation, the ‘right way’ is more important than the ‘right stuff’.

Most of my adult life has been dedicated to my love of space and an insatiable desire to help humanity evolve socially and technically toward a mature multi-world species. But as I witnessed how fast a society can deteriorate into divisiveness and moral conflict in the past couple of years, it became more evident to me than ever that establishing WHO we are as we venture into space is far more important than what we are or where we come from. We're not ready yet. We have some growing up to do. So while still reaching for the Moon, literally, I am refocusing energy on the social / cultural substrate we need to be a worthy space-faring species. Artemis Music has become the yin to my Moon Express yang.

Music is an essential communication tool uniting humanity and helps empower us to be better. Who knows, maybe music is the key to the Fermi Paradox. Ultimately we need music in space and space in music. We can’t have a positive human future without both.